Showing only one result In the beginning, print was either to deliver vital information or the distribution of essential texts such as religious books. As evident by Gutenberg’s bible, the function of print, like any other form of technology, was limited at first. But then as printing evolved, so made its demand and applications. The availability of clear and visible ink and a more durable and sustainable paper made it easier to mass-produce printed material beyond the realm of traditional printing. It helped to usher in an epoch of printing and publishing where books, both fiction and nonfiction, were made readily available throughout the world. The publication and circulation of newspapers began and spread widely. Pamphlets, business cards, etc. also saw a rise in production. Due to this boom in the printing industry, the need grew for good reporters, journalists, art critics, food critics, artists, etc. Individuals with talents in the field of art flocked towards publications and newspapers to hone their abilities and achieve success. They were met with eager crowds looking to read articles, stories, reports, etc. This created an ecosystem where great writers were presented to readers and were ensured success if they prove their worth. This was a win-win for both the readers and writers, and because of it, printing became a lucrative business. With the dawn of industrial age, mass production became viable. The already growing printing industry saw explosive growth, and the reader base grew even more. Now readers were provided not only news reports but also short stories, serialized stories, witty jokes, and comic strips. This new development took the newspapers from simple tools for propagating current news to comprehensive packages of different arts. The printing of magazines and books also grew simultaneously. Magazines, in particular, provided content that was vastly different from newspapers. It was less constricted by the compulsion of delivering news; hence it aimed at providing entertainment. Articles about personal and social life, fashion, celebrity gossip, and various new trends became commonplace in magazines. In the 20th century, print media was at the forefront of culture and had a tremendous impact on the population’s political and social outlooks. The published material began shaping the opinions and thoughts of their readers. Writers and journalists were responsible for researching and breaking stories of national importance and became outlets where accountability can be demanded from those with power and authority. These outlets became the voice of the people and helped in protests around the world. The writers were tasked with relaying the reality of situations to their readers and becoming aware and becoming informed. But at the turn of the century, technological advancements bought us the internet. The ease of access, the availability of not only recently written material but that which was written long ago. Internet lowered the bar of entry and removed barriers that existed in print. Editorial restraints were removed, and anyone could start writing and publishing on his own. At first, the print industry downplayed the competition posed by online publications and regarded them as just another fad. But soon, the popularity of the online publications proved them wrong. As in the current state of the world, it seems that print is on its way out. The layoffs are at an all-time high as many print publications are shutting down their operations. But even though these print publications have a grim future, there is an abundance of chances in new online art publications for young budding writers. Making the right choices would help you in building a successful art career. Here’s how you can realize your dreams.

A. Expertise to become a successful critic:-

To become a critic in any field, one must boast of experience and knowledge in the said field. Any art critic needs to have extensive knowledge of not only the artistic process but also the end product such as sculptures, art installations, paintings, etc. A critic needs to be nuanced and accurate while critiquing any art piece, as criticism without reason is a mere opinion, and they are not valuable. Criticism of a critic is useful to any artist as it is constructive and sharpens their skills. In the journey to find one’s voice in the medium, accepting valid criticism is essential. The job of a critic is to be aware of the history of the piece and the field of art in general. It helps form an informed opinion and provide constructive criticism to budding artists.

B. Be enthusiastically involved in art:-

To be a successful and revered critic, one must always be actively involved in arts. Keep discovering new artists and new works of art. Be watchful for individuals who have a unique style and are unafraid to provoke thought. The talented artists are continually looking to push boundaries and demolish barriers. They tread new paths and bring new perspectives to the art form. It is essential as a critic to have your finger on the pulse and be aware of these upcoming aficionados. Going to art galleries, festivals, and exhibitions and studying exhibits would diversify your palate. Being present at fairs and museums helps you analyze and discover new details that will refine your skills. In art school, several hours are dedicated to study and scrutinize art pieces new and old to discuss one’s opinion and inferences.

As you take the time to visit exhibitions and galleries, write down your thoughts on the sculptures and paintings you have observed. Be present at the moment, and look for pieces that evoke emotions in you. Understand the journey of art and the artist. It is crucial to allow yourself to be engulfed by a magnificent piece of art, as otherwise your review or opinion of it will be half-hearted, and you wouldn’t gain credibility. Once you’ve jotted down your thoughts, start editing them. Fine-tune your language. Whether you want to be critical or full of praise, avoid being vague. Be specific in your criticism or compliment about the aspects you disliked or liked. Leveling criticism, which lacks nuance and clarity, is a massive disservice to the artist. Once you have finalized your review, its time to pitch it to the editor, most publications have high editorial standards. It means that the report should be outstanding and well-written, but the pitch should instantly draw attention towards you. If the query letter is exciting and isn’t written just to enquire, there is an excellent chance that you might be called to meet the editor but also of getting published.

As the field in itself is filled with great writers, it is possible that offers don’t flood in at first from publications. There is a very slight plausibility that you might get your column. So rather than losing hope, become entrepreneurial and branch out. Set up your blog dedicated to an art critic. Actively pursue galleries, museums, and exhibitions and try to find opportunities to work and write reviews. The road to getting published in reputable publications or having your weekly column is treacherous and long. Don’t keep waiting for the right opportunities to come to you, but instead look around for them attentively. Keep writing different things such as art brochures and catalogs or invest your time in writing books. Writing different situations will only sharpen your skills.

E. Strive towards gaining a reputation:-

The reputation build by an art critic and the respect earned amongst his peers and readers are the keys to a fulfilling and long-lasting career. Don’t be discouraged by failure or the lack of opportunities initially. It is a steep climb to the top. But don’t stop trying. Build trust with your readers by being honest and engaging. If your readers agree with your assessment of something or lead them to new artists and sculptures with great talents, you will cultivate a following. Once you command a considerable following, you will see an exponential rise in job offers and opportunities to write. It is crucial to provide a unique perspective and help ordinary folks understand an artwork and realize its strengths and importance. If you can ensure authenticity in your opinions and provide exciting content, you will have no trouble achieving success. 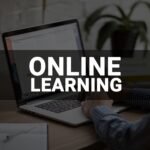 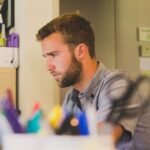 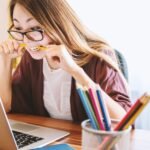